Malta is the splendid hidden gem of the southern European region, located idyllically between two imposing continents and surrounded by the crystal blue seas of the Mediterranean. It lies around 93 km south of the Italian island of Sicily, roughly 288 km east of Tunisia and about 333 km north of the Libyan coast.

Thanks to its central location, Malta has throughout its history always been considered significantly important. Ever since pre-historic times, when the first human recorded imprint was left – dating back to 5200 B.C.E, Malta’s geographical position has consistently influenced and shaped up the country we now know today.

Since then, every emerging superpower in the Mediterranean basin has tried to take control of these islands in order to establish themselves and to strengthen their presence in the region. In fact, Malta’s strategic location has not only shaped up its own history, but it has also played a very crucial role in the development of the history of the entire Mediterranean region. Amongst the most notorious rulers that Malta has seen throughout the years include the Phoenicians, the Carthaginians, the Romans, the Byzantines, the Arabs and the Aragonese.

The Maltese archipelago consists of three main islands: Malta, Gozo and Comino – which is only very sparely inhabited. The largest island is indeed Malta which is home to the capital city of Valletta, a fortress-city which is entirely recognized by UNESCO as a world heritage site. Other UNECO heritage sites in the Maltese islands include the Ħal Saflieni Hypogeum and six prehistoric temples which are amongst the oldest free-standing structures in the world, older even than the pyramids of Giza in Egypt.

Another fascinating aspect which characterises Malta and sets it apart from other nations is the language with which its inhabitants communicate. Il-Malti, the Maltese language, is the only Semitic language in the world written in the Latin script. A descendant of the now extinct Siculo-Arabic dialect spoken in nearby Sicily, the Maltese language is a hybrid language, Arabic in its core but boasting a variety of incorporated linguistic elements derived and borrowed from English, Italian as well as French. Nowadays, Malta recognizes two official languages – Maltese and English.

Considered by many as being blessed with the best climate in the world, the Maltese climate is gifted with enormous amounts of sunny days throughout the year, exceeding 300 days of sunshine per year. These facts, together with the nation’s incredibly rich history, have contributed to Malta being deemed an open-air museum – a destination not to be missed.

A glimpse into a small country with a rich history

Malta, a tiny island in the Mediterranean, is a melting pot of cultures. More than once in its colourful history Malta was a part of the greatest human civilizations…

The first settlers came to Malta approximately in 5200 BC from Sicily. Being predominantly farmers, they also were able builders, diligent craftsmen and even gifted artists.

These people belonged to the Neolithic, or New Stone Age, culture that is known for its grandiose megalithic architecture and various agricultural practices.

Malta, a limestone island, was a paradise for the Neolithic people. They substituted Malta’s stone for marble — to carve statuettes and bas reliefs, paper — to draw sky maps and calendars, asphalt — to create cart ruts and, finally, bricks — to build their impressive megalithic temples.

The largest of them is situated in the island of Gozo and is considered one of the oldest free-standing structures in the world. It was built before Stonehenge and the Egyptian pyramids. It is called Ggantija that means “built by giants” in Maltese. Popular legend mentions Sansuna, a local superwoman, who in local collective memory represented the prehistoric architects and builders.

Ggantija is just one of many other temples to be found in the Maltese archipelago. Together with five other megaliths — Ta’ Hagrat, Skorba, Hagar Qim, Mnajdra and Tarxien it proudly bears a title of the UNESCO Heritage Sites, same as Hypogeum, the unique underground sanctuary found in Paola.

Antiquity: from Phoenicia to Rome

We don’t know exactly what happened to the temple-builders of Malta, but eventually they were replaced by the Bronze Age tribes. By the year 1000 BC a new power, Phoenicia, started colonizing the Western Mediterranean and Malta fell under its rule.

We should thank Phoenincians for giving Malta its name. They used to call the island Malet, meaning “haven”. Experienced sea-fearers, they appreciated Malta’s unique location — in the middle of the Mediterranean Sea, sheltered from the north-easterly winds, with natural harbours that can offer protection to ships in distress.

The Phoenicians in Malta were succeeded by the Carthagenians who lost the island to Rome in 218 BC, during the Second Punic War.

Malta was mentioned in the Bible in connection with the shipwreck of St. Paul. The Apostle spent three months in a grotto near the Roman capital Melita, performing miracles and converting locals into Christianity. That’s why the Maltese love to call him their father (“missierna”) and adorn their streets and houses with the religious niches dedicated to the Apostle to the Gentiles.

The Roman Empire was a very strong state, and nonetheless it fell. Malta was passing from one ruler to another until 870 AD, when it was conquered by the Arabs. Their most important legacy was the Maltese language and local place-names the islanders use until today as well as tasty and fragrant citruces.

What happened to Christianity in Malta under Arabic rule? Well, it survived — with a twist. Many Maltese Christian words have Semitic origin, like “Alla” — God, “Randan” — Lent, “xitan” — “devil”, etc.

Malta was under Muslim rule until 1090 when Roger the Norman of Sicily recaptured the island. This legendary man gave the Maltese their national flag, a bicolour, with white in the hoist and red in the fly.

The Knights of St. John

The year 1530 was very important for Malta — it marked the arrival of the famous Knights of St. John. This Catholic order founded in the 11th century was meant to help sick, poor and injured pilgrims on their way to the Holy Land.

Following the conquest of the Kingdom of Jerusalem by Islamic forces the Knights moved to the island of Rhodes that they lost to the Ottomans in 1522. Charles V, the King of the Holy Roman Empire, offered Malta to the homeless Knights. They accepted the royal offer with a heavy heart and none of them could ever imagine that Malta would be a place of their glory.

1565 was a life-changing year for the Order. Besieged by their ultimate enemies, the Ottoman Turks, the Knights managed to win the 4-months epic battle that made it into history under the name of the Great Siege of Malta. Now, if beggars could not be choosers, the winners could! They’ve made up their minds to remain in Malta and build a city of their dreams.

Valletta, a capital of the Knights of St. John was proudly named after Grandmaster de Valette, the glorious winner of the Great Siege. After four and a half centuries it still retains its authentic spirit and noble appearance. It is also in the list of the UNESCO Heritage Sites. Moreover… there is a priceless treasure in Valletta, Caravaggio’s largest painting “The Beheading of St. John the Baptist”. The artist was commissioned by the Order to create an altarpiece for the Knights’ conventual church.

Napoleon Bonaparte, an enfant terrible of world history, was passing Malta on 9 June, 1798, on his way to Egypt. Summer in Malta was always the hottest season. Napoleon and his men demanded fresh water from the Knights who declined their request… They could not make a worse decision than this one — pretty soon the one-time mighty and glorious Order of St. John was expelled from Malta and never returned.

The Maltese, who were not happy under the rule of the Knights in the last decades of the 18th century, felt no better with the French who introduced unpopular reforms and robbed local churches. The Maltese revolted against their new masters and seeked help from the British who agreed to assist the islanders. The French surrendered two years later and, anticipating that other powers would claim Malta in their own interest, the British made the island their protectorate and, eventually, a colony.

Malta was under British rule for over one and a half centuries and underwent many changes. In WW1 it was “a nurse of the Mediterranean” caring for sick and wounded British soldiers. WW2 earned Malta a title of the unsinkable aircraft carrier of Britain. Due to its extremely important geostrategic position, the island was meant to be wiped off the face of the earth by the Luftwaffe and Regia Aeronautica. For three years Malta was constantly bombed and starved by the enemy but did not surrender.

In 1942, King George VI of England bestowed the George Cross to honour Malta’s brave people “to bear witness to a heroism and devotion that will long be famous in history”.

The end of WW2 was the beginning of a new era in world history. The post-war enthusiasm and efforts made towards building a better world led to a chain of events in the history of Malta. The island state gained its Independence in 1964, became Republic in 1974 and obtained its Freedom in 1979 when the military treaties it was part of, ended. In 2004 Malta joined the European Union. 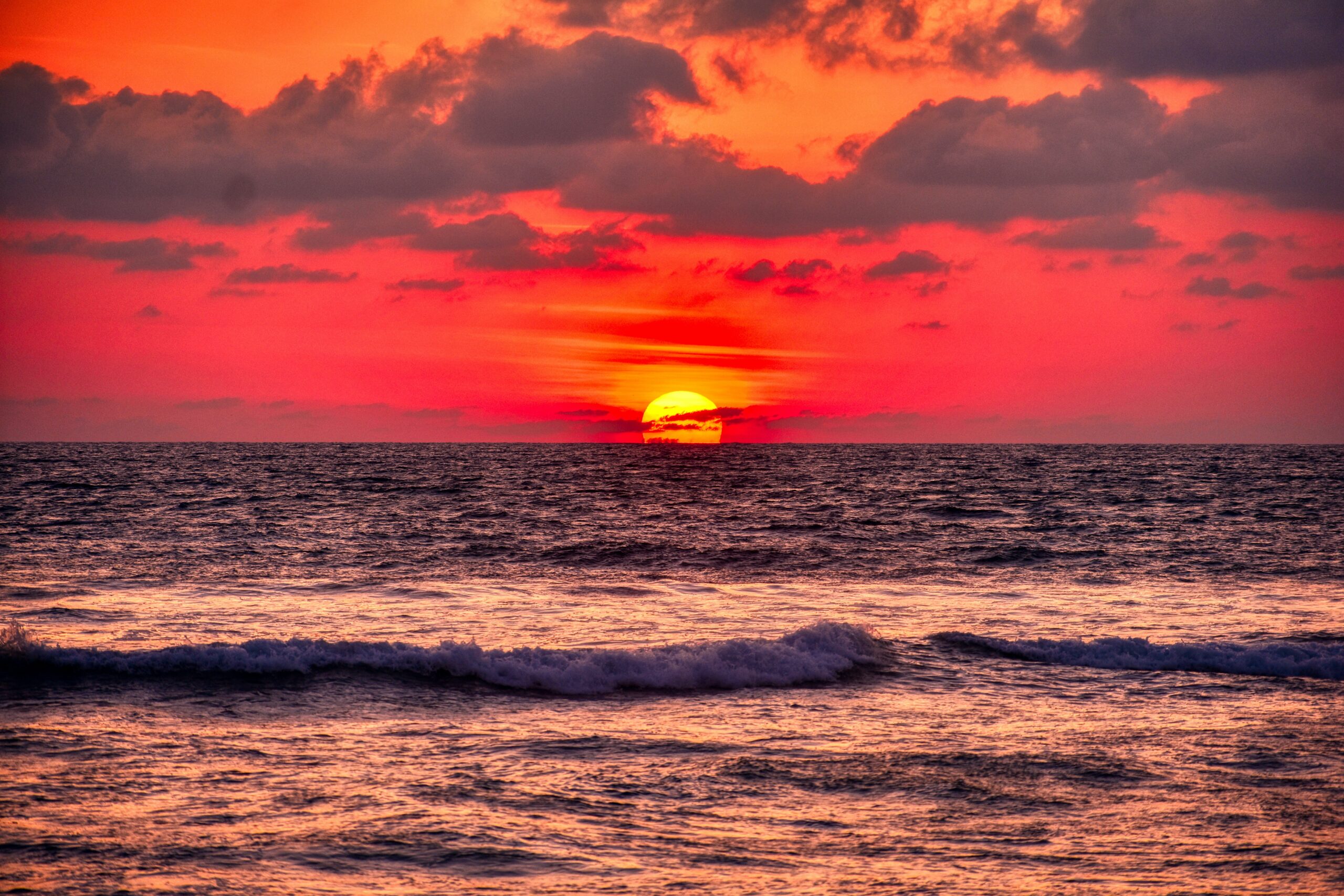 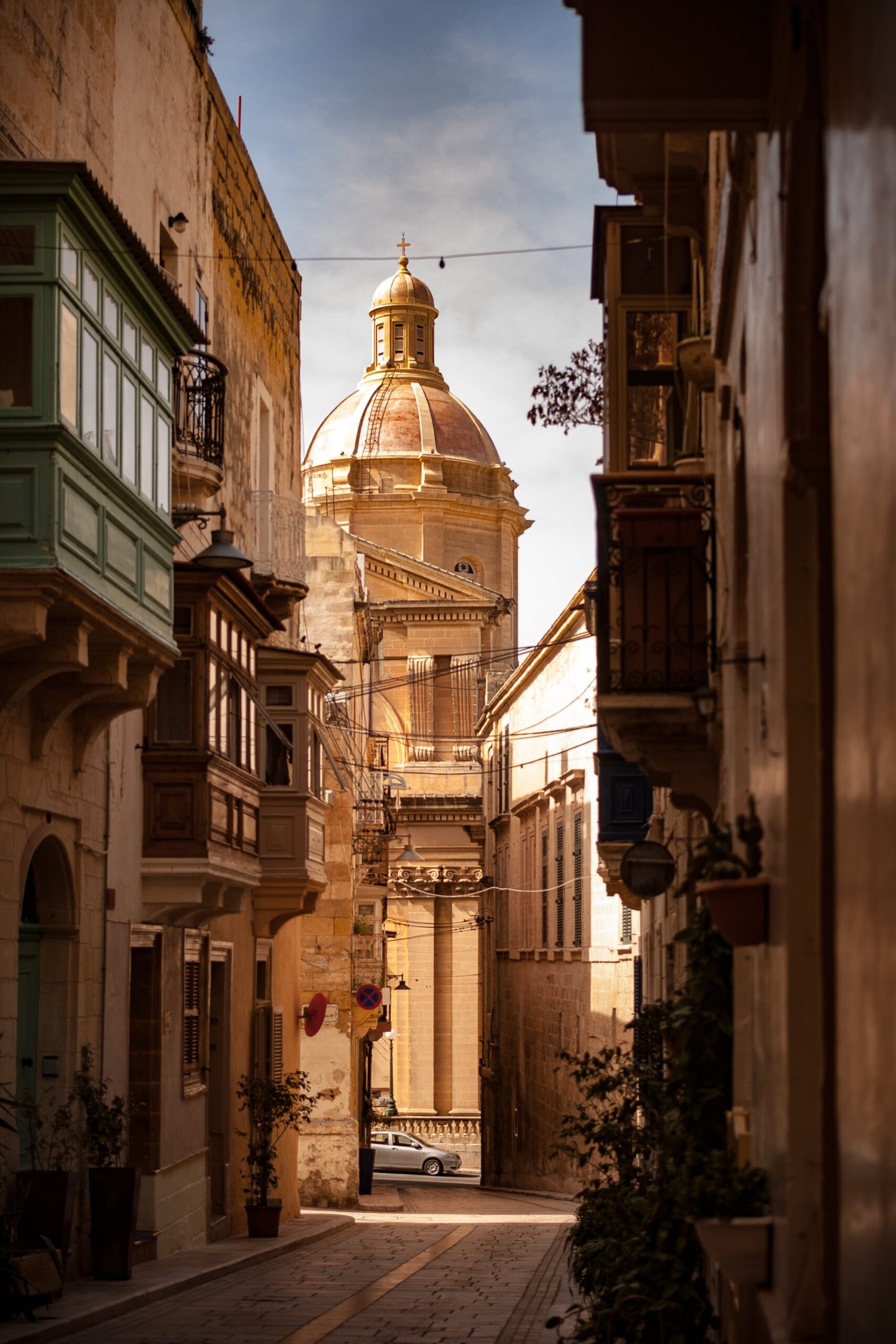 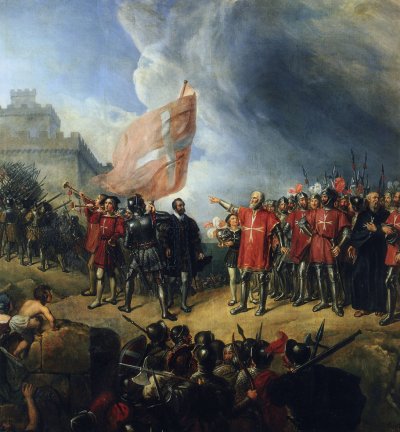 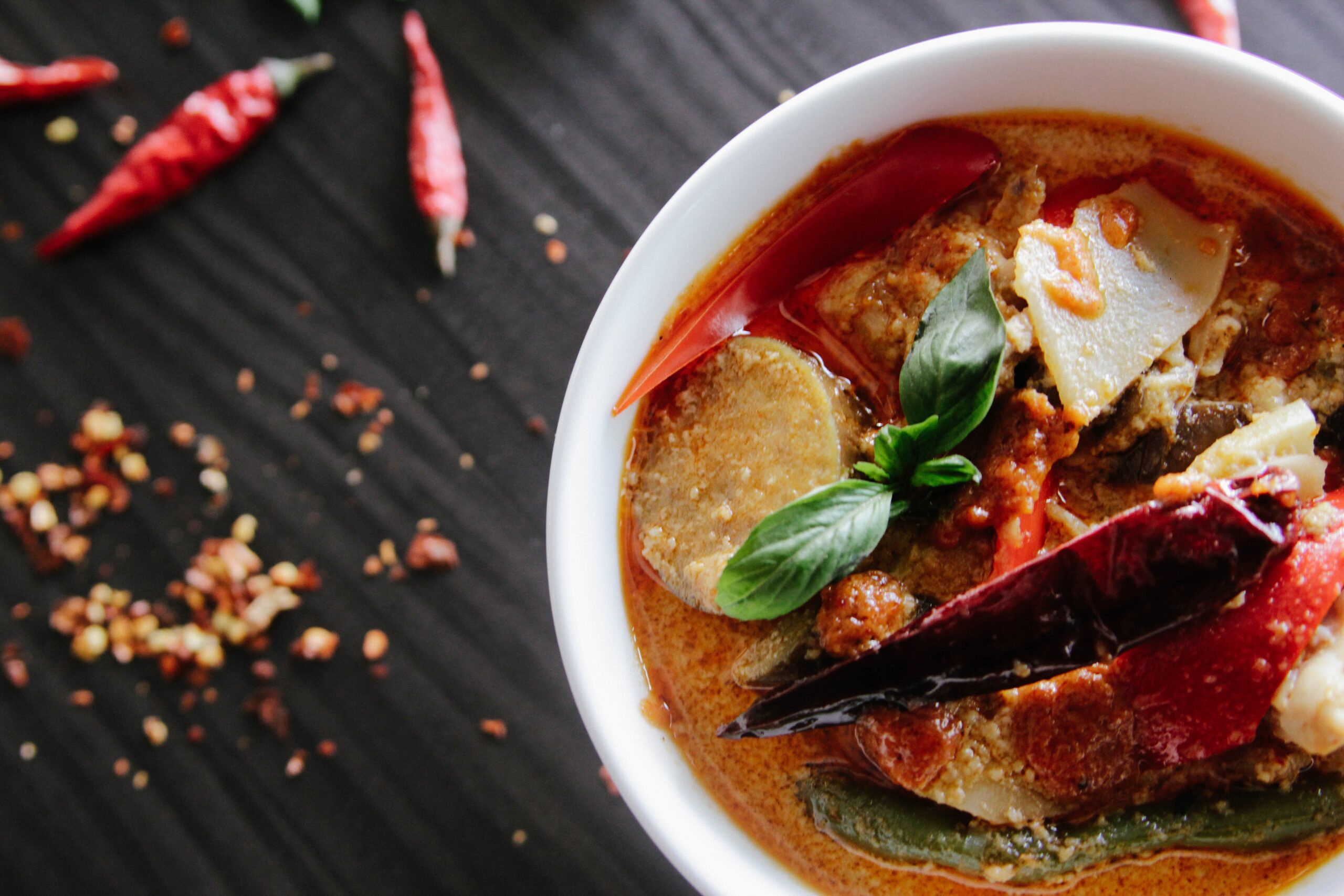 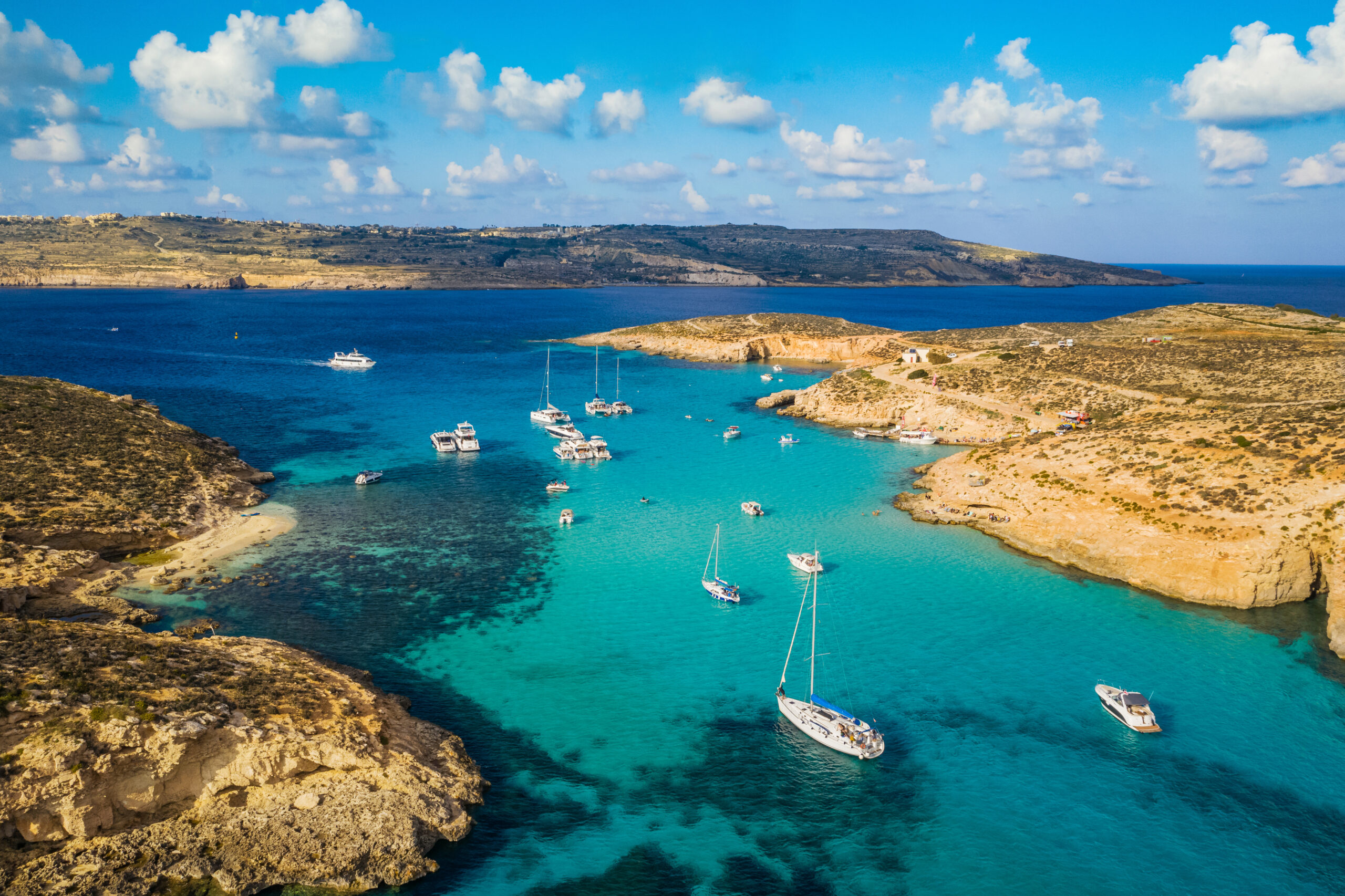 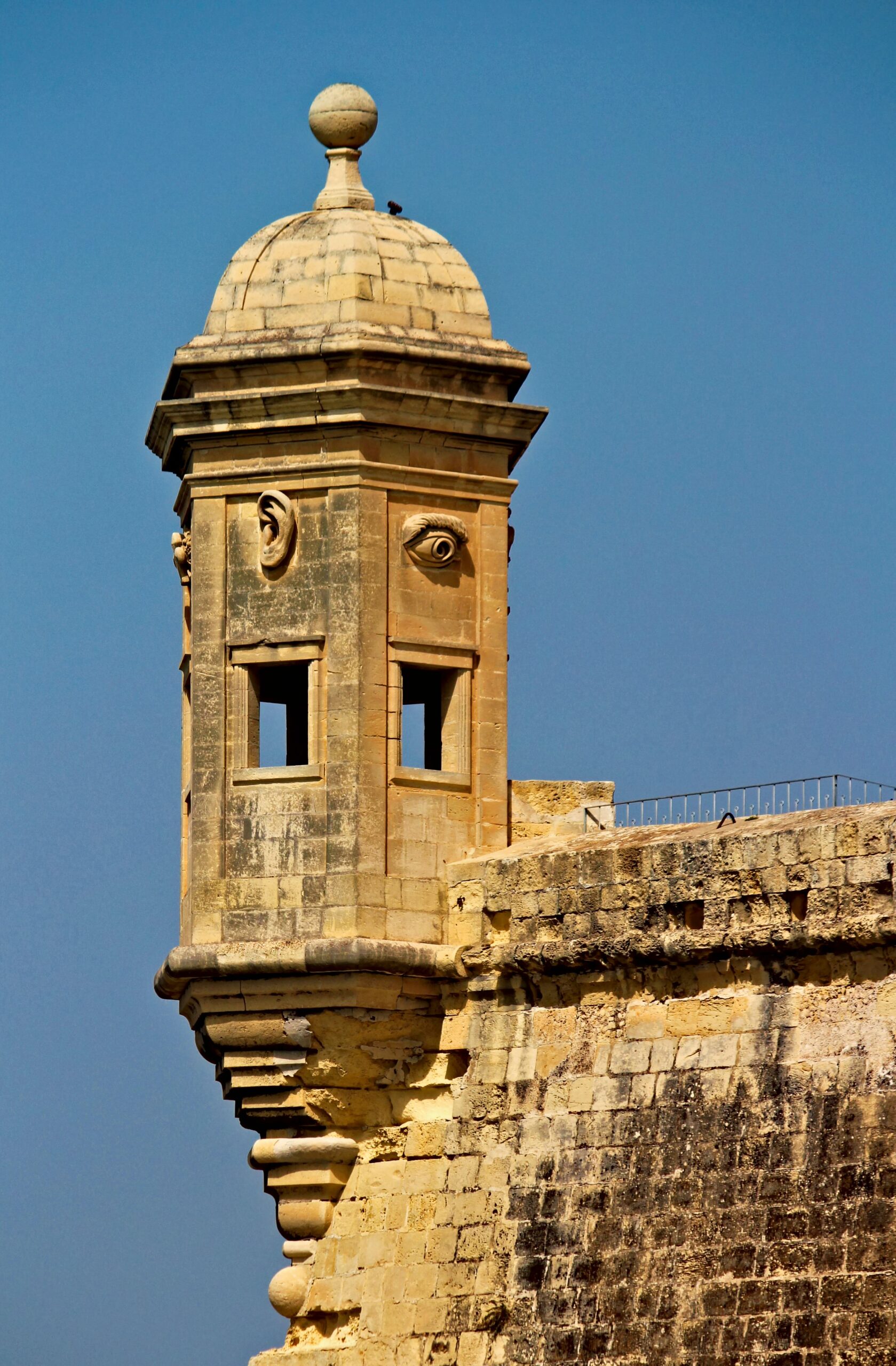